I recently came across this historical story (thanks Shawn P.) and found it relevant to what’s going on today.

Back in the early 20th century, several soft drink brands were vying for consumer’s attention and money.

One young brand we all are familiar with was Coca-Cola. 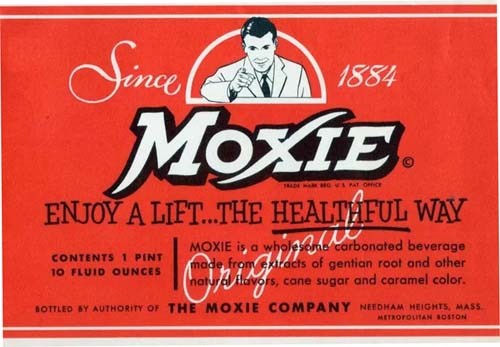 Another brand you may have never heard of was Moxie Cola, which was invented by Dr. Augustin Thompson, of Maine, in the late 1800’s. (As an interesting side note, Dr. Thompson was an author and wrote a short, 114-page book titled, “The Origin and Continuance of Life” which described his philosophies on how to eat and live better). 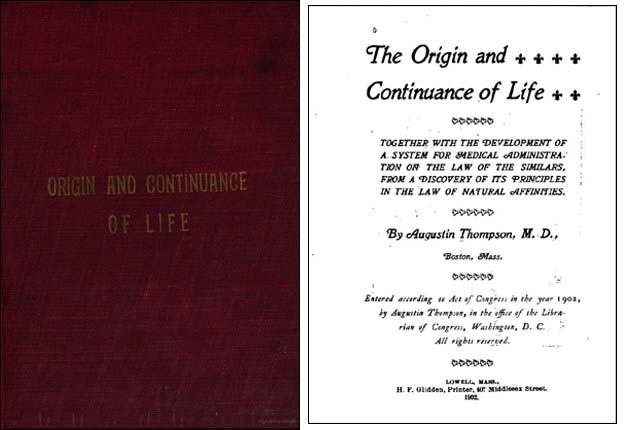 Early in its history, Moxie experienced tremendous popularity and growth due to the company’s smart advertising strategies.

These innovative strategies included mobile billboards on horse-drawn carriages (Moxie Bottle Wagons) and eventually the “Moxie Horse car” which was a modified car with a horse model on it on which the driver sat. 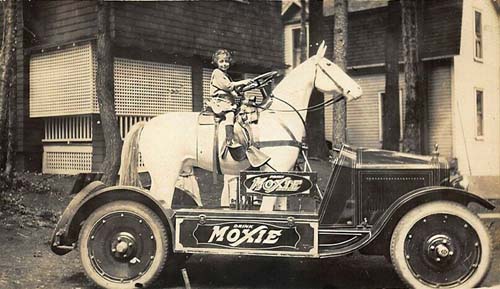 Moxie Cola marketing also featured a catchy jingle, “Make Mine Moxie!” and even a full-length song about the drink from 1921 (click here to listen).

At one point, Moxie Cola was so popular it outsold Coca-Cola. Calvin Coolidge, the 30th president of the United States, celebrated his inauguration with a Moxie and publicly touted it as his favorite drink.

But things all changed when the Great Depression started. Around the country companies had to make tough decisions.  Fearing the unknown, the Moxie Company decided to cut back on advertising and promotion of Moxie Cola.

Conversely, Coca-Cola made the bold decision to maintain its advertising and marketing during those lean times, and by the end of the Great Depression, Coke emerged as the #1 selling soft drink in America.

Moxie Cola did not die, but it never regained its footing as a prominent brand (except in Maine where it became the official soft drink in 2005).

Ironically in August of 2018, the Coca-Cola Company purchased Moxie.

I share this historical story because if you were to study what happened to Moxie Cola in more detail, you would see a classic example of a “setback” mentality instead of an “opportunity” mentality (like Coca-Cola had).

History has a way of repeating itself and today, we ALL find ourselves presented with many unforeseen challenges and tough decisions. Regardless of what“experts” are saying, none of us knows what is going to happen, when it will happen and what the end result will be.

Control of the current situation is out of our hands.

However, what we can control is our focus, attitude and resolve to continuing doing the work we are meant to be doing.

The current COVID-19 situation is not forcing you to stop helping others and adding value to their lives.

Yes, it may have changed (hopefully temporarily) how you do this, but it’s not changing your ultimate purpose.

My challenge to you is to not think about today and all that is happening today that is out of your control.

Instead, I want you to think about what your life/business/goals look like when this pandemic ends.

No doubt, the world of business will look different and will require us to do things differently.

The big question is ‘how will you prepare for this new normal?’

Will you think and act like the people behind Moxie Cola?

Or will you think and act like the people behind Coca-Cola?

Mike is a publisher, author and coach for business owners, entrepreneurs and corporate leaders looking to stand out from the competition by authoring, publishing and leveraging short, helpful books. He is the author of 15 books, including two Amazon #1 Best Sellers. Learn more about his publishing opportunities at BiteSizedBooks.com.